Peter Parker’s been deceased for a year. A year. Sigh. I suppose it’s time to move on. I simply cannot love Otto Octavius, even if he is in P.P.’s body (ASM #700 in case you were doing anything other than pining for an expired comic book super-hero last September). I thought I might have been falling for Tony Stark briefly, but it was a passing infatuation. However, I’ve recently become intrigued by a new fictional cartoon boy.

We recently purchased Megamind for the boy, at my urging. (He really wanted it. Really.) I’d seen the movie already and, like many of Dreamwork’s cartoon movies, it caused me to laugh my ass off.  Even still, it wasn’t until watching the movie a few times that I developed my new admiration for the bad to good super-genius with the complexion “of a popular primary color.” Firstly, he has some similarities to P.P., well only one, his scientific genius. That’s really all the two have in common. BUT, I realized there was much Megamind and I have in common. For example, we have the same taste in music. His wardrobe is quite impressive, except he’d might have to give up those baby seal skin leather boots. I can’t deny they look cool, though. And, in some ways that are similar but different, we both decided to change our lives toward the positive. Also, we’re both short.

The only video I could find that I wanted to use here has Asian subtitles, so, if you can read them, COOL! If not just ignore them and watch the video. K thanks.

Beside what we have in common, he makes me laugh. That always really wins me over. I’m really into blue, too. A lot. It was one thing I loved about P.P., his red and blue suit. And while Megamind: Defender of Metrocity might not look as steaming hot in the Black Mamba as P.P. looked in his tights, he has kind of a cute tush. I also enjoy his languid movements, and evil laugh. Oh, just everything.

But alas, there is Roxanne Ritchie, whom Megamind deserves. Because they’re both fictional cartoon people, and I’m just a fan-girl with unrequited, and possibly psychosis linked, love interests.

(Disclaimer: Megamind and everything with his likeness on it is the property of Dreamworks Animation and Paramount Studios. Peter Parker, Spider-Man, and any likenesses thereof are the properties of Stan the Man Lee and Marvel Comics [and now The Walt Disney Company].)

(Disclaimer Disclaimer: While I am a fan of Will Ferrell, please don’t analyze my Megamind crush as some Freudian, unconscious desire for his body. Thank You.) 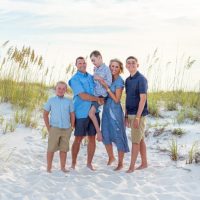