Hello, Readers. Yes, Virginia, The Wordsmith does exist. It’s been a bit since I’ve written a blog post. I promise I’ve been working tirelessly on my novel the whole time. Really. I’m nearly almost halfway kind of completely close to being finished the first draft. My friend also recently invited me to join her writing group, for which I am glad. Because how is my novel going to become a best seller if experienced readers and writers don’t give me their input?

To all my bloggy friends, I have a backlog of your blogs to read. I swear I’m not ignoring them. Although, I might not get to everyone’s posts before the release of “Memos From Your Closet Monster 2.”
(If you haven’t read the original, give it a read. Also, I have no idea if there will be a sequel. Maybe. . . ??)

Anyhoo, since it’s nigh the end of 2012, and we’ve all apparently survived the apocalypse, I’ve decided to comprise yet another year in review. 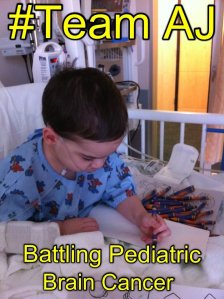 Number 1: Cancer – If you’re just tuning in, you can catch up here. It looks like we might be almost closely completely finished most of RB’s treatment for now. No idea of when he’ll be discharged. It’s been a long ten months. Everyday is another battle. But, we started out 2012 with a sick child and no idea of what was causing his illness. We found out, and although it was a devastating diagnosis, RB’s been making it look like a cake walk, and for that I am very thankful. He’s recovered more than the doctors said he would, and he continues to improve all the time. That kid’s my hero.

Number 2: Related to number one. I was reminded of the kindness within my fellow humans at a time when I was certain there was no compassion left in the universe. People gave donations, time, and labor to help our family. My employer has been unbelievably considerate and understanding during this difficult time. My coworkers organized a fundraiser, as did my cousins-on both sides of the family. My mom’s coworkers organized a carwash at their store, and the Down South Rollers held a carshow benefit for RB. So many people went far beyond anything we’d ever expected, and there are probably folks I am forgetting. I sincerely apologize for that, but it only proves how many people were involved in assisting us that I can’t remember them all without a detailed list. 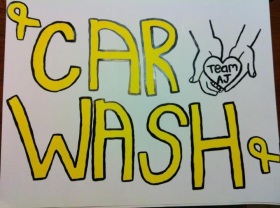 (I’m still missing some photos from one event held at Zaddie’s Tavern for RB by cousins. If any one of you have some of theses photos, please pass them along. Thank you!)

My very selfless friend at Observations from an Overworked Momma organized an online auction for RB. She even went so far as to acquire several children’s books, signed by author Cornell Landry even. She, along with some of our other friends, visited RB at the hospital for Christmas and brought us gifts and care packages. I love these guys, y’all.

My friend about whom I’ve previously written The Otherwordly Goddess of Script got me a giftcard to Walgreens. Those of you who have been following my blog long enough know the significance of this!

I’ve made friends since RB’s admission to CHNOLA, too. We are blessed with family and friends who are always willing to help out and support us, and without these people, I wouldn’t be able to function.

Number 3: Also related to numbers one and two. Through my blog, and because of our shared hope in finding a cure, I’ve met several wonderfully inspiring people who have helped me remain positive more than they probably know. Their optimism has helped me remember that I should stay hopeful even in the face of adversity. Kudos to you The Monster in Your Closet , Pinwheels and Poppies, and The Lucky Mom. (Sorry if I left anyone out. I love you all!)

Number 4: Reading Donna’s Cancer Story and realizing there is life after cancer. Thank you for sharing your story with us Mary Tyler Mom .

Number 5: Being included in The Monster in Your Closet’s FTIAT series. Writing my entry and reading the others has helped me, again, realize although times are hard, there is always something for which to be thankful. Plus, it’s a big deal to a writer who was only published one other time this year (and rejected many times). Oh, you missed it? Well, go on and read away at The Foliate Oak Literary Journal. (Deb, I’m adding your thing on future submission letters, by the way. Just to let you know. ;})

Number 6: In fiction, there is a point where the protagonist has a major change. It’s near the climax of the story, usually. Either there is a physical battle or an emotional one; it transfigures the protagonist. Somehow, after Hurricane Katrina, I felt the change a little. I was touched by the kindness we received, but was also tarnished by the derision to which we were subjected. Things are different now, and this is my battle. I know there’s been a metamorphosis, an evolution. The snide cynic in me still exists, but she is muted by the newly emerged optimist, the person who will still fight for what’s right but is more understanding and compassionate. In the words of Jules Winnfield (Samuel L. Jackson) via Pulp Fiction, “I’m trying real hard to be the shepherd.”

Number 7: Fibromyalgia. Yep. I was diagnosed on the 29th of November. Because why the not at this point, right? At any rate, I’ve been taking my meds like a good little girl, eating right, exercising, and treating my body a lot better. I cut caffeine almost out completely, and I quit drinking. My doctor also decided I have depression and anxiety (can’t imagine why), and since starting my medicine and resuming my daily yoga and meditation, I’ve been feeling much better. I still feel like the Tin Man when I wake up in the morning, but after forcing myself to stretch and move my stiff muscles, I start to feel much more productive. My fatigue is somewhat better, but somedays are still rough. I will see my doctor again for a follow up in January, and I’m hopeful he will be able to help me with my unresolved issues. Fibromyalgia is the perfect example of irony, because it causes stiffness and pain that makes the patient want to be still, but the pain and stiffness is only relieved by moving around. Universe. You’ve one upped me again. But, don’t worry. You’re not putting me down that easily. “So I’ll do as I please like the well-tempered breeze, blowin’ which way I see fit. I’ll grey with the clay seven days till the day when they throw me on the potter’s scrap heap. But take my advice; you’ll have to bury me twice, ’cause the first time I won’t rest easily. But don’t let me die still wondering what it was I left behind.” “Don’t Let Me Die Still Wondering” Flogging Molly

Number 8: I don’t know how many of these I should have, so I’ll just add another one. SPOILER ALERT! If you haven’t read the 700th and final issue of the Amazing Spider-Man, don’t read this part. Peter Parker dies in an epic battle with Doc Oc; they somehow switch bodies, and Peter Parker dies in Otto’s body. Doc Oc takes over Peter’s body and receives all of his memories, thoughts, and feelings of responsibility-supposedly. He becomes the Superior Spider-Man. WHATEVER! RIP ASM. You’ve been part of my life for many, many years. I won’t forget you, PP. “With great power comes great responsibility.”

Auld lang syne, and all that, folks! May you all have a wonderful 2013 filled with health, happiness, and good fortune.