Happy Halloween! The most wonderful day of the year. It’s almost sad the Halloween season has come to an end. (Well, it doesn’t really have to end, does it? Some of us prefer to be delightfully frightful all the time.)

Started the afternoon with the original shock rocker, the wonderfully horrifying and deliciously frightening Mr. Alice Cooper on the iPod. So glad he’s still touring because maybe one day I’ll get to see him live. I’m keeping the nightmare alive.

Unfortunately, we’re confined to the hospital room today, but we’re satisfying the spirits with some Tim Burton classics and enjoying the decorations. 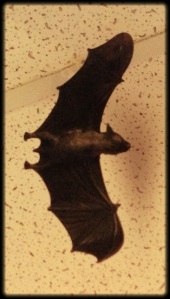 I’m working on another scary story to share tonight. You can read more about it here. (P.S. The frightful fun isn’t going to end just because Halloween has passed. I’m going to continue to share my own and accept your stories. >;8} )

But aside from sharing my scary stories with everyone, I’d like to share some unnerving Halloween entertainment with you. Some of my favorite books and haunting tales.

1) Anything by Poe. Really. Just anything. But if you’d like something more specific, some of my favorites:

– Premature Burial. I had this story on tape (yes, tape), and hearing it read was way more terrifying than reading it. This story is scary stuff.

– Masque of the Red Death. “There was much of the beautiful, much of the wanton, much of the bizarre, something of the terrible, and not a little of that which might have excited disgust.” Enough said.

-The Tell Tale Heart. In case you’re not familiar with this story, it involves murder, severe anxiety, and pulling up a few floor boards.

-The Black Cat. One of my favorites as a kid. I’ve always loved cats. Apparently, Poe’s characters didn’t, but they loved walling or holing people inside of things.

-The Pit and the Pendulum. What’s scarier than the Spanish Inquisition?

-The Raven. A classic. Needs no explanation.

2) Stephen King. Same as Poe. Just about anything the King of Horror has produced will induce fear. But again, I’ll share some of my favorites.

-Salem’s Lot. What? Vampires are really nightmarish creatures that want you to die in a horrible manner or else turn you into a demon-like monster like themselves? No sparkles here. Scary as hell.

-Pet Sematary. If Fluffy or Boo Boo kicks the bucket, just let them go. Seriously. You don’t want to know the alternative.

-Misery. Because being a writer isn’t terrifying enough.

-Gerald’s Game. A good example of why bondage is not a good idea in a secluded setting.

-Night Shift. Collection of short stories including The Lawnmower Man, Jerusalem’s Lot, Trucks, and Children of the Corn.

I could go on forever . . . Or at least for several hours or maybe a day.

-The Rime of the Ancient Mariner. If you think this tale is just a bunch of hooey you learned in 12th grade lit class, think again. This poem involves sailors lost at sea, death, a curse, a ghostly vessel manned by a nightmarish woman (“Life-in-Death, was she”) and Death, and living corpses.

“They groaned, they stirred, they all uprose,
Nor spake, nor moved their eyes;
It had been strange, even in a dream,
To have seen those dead men rise.” – Samuel Taylor Coleridge The Rime of the Ancient Mariner

“The helmsman steered, the ship moved on;
Yet never a breeze up blew;
The mariners all ‘gan work the ropes,
Where they were wont to do;
They raised their limbs like lifeless tools –
We were a ghastly crew.” – Samuel Taylor Coleridge The Rime of the Ancient Mariner

-Frankenstein. I love this story. Forget everything you saw in a Universal Movie when you read it. It’s chilling, sinister, and moving.

There are so many more wonderfully chilling stories and novels available. This is a terribly short list. But it’s a start. Happy haunting boys and ghouls! 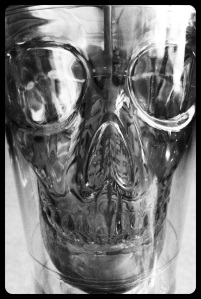