ni•hil•ism – the rejection of all religious and moral principles, often in the belief that life is meaningless. In Philosophy extreme skepticism maintaining that nothing in the world has a real existence. 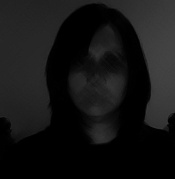 I’ve been called a nihilist. Since then I’ve done a lot of reading on the subject because I want to fully understand what it means before I decide if I agree. Of course, it was during a philosophical (and drunken) debate-about 10 years ago. I haven’t decided yet, though, if I think I’d identify myself as a nihilist. I’ve never really identified as anything. I was always confused on the subject of categorizing myself. Especially growing-up, like most folks. But some people are able to say “I’m this.” Or “I’m that.” I was never able to put one exact label on myself. I’ve honestly answered the question with Donnell. I’m just Donnell. Those who know me best understand the use of my own name as an adjective to describe myself is completely appropriate.

Anyway, back to the possibility that I am indeed a nihilist. I don’t reject all moral principles, as the definition suggests. I know it’s wrong to rape an 85-year-old lady or steal from someone or be a douche. Or kill an old lady and her sister with an axe, just saying. Not that there aren’t those times . . .

How we treat each other is of utmost importance. Not just because we might or might not have to answer for our actions in all eventuality, but because of the consequences here and now, and not just punishment by our own respective systems of law. But the consequences of how we make other humans feel. And ultimately how we feel about ourselves. And how we should behave as a society. Here and now.

But I could probably agree that I doubt life has any real meaning. Let me clarify. As an artist of sorts, I think there is a ton of beauty and wonder and all that jazz in the universe. But when I say I feel life is meaningless, I just mean that I don’t think we give a good-hearted rat’s ass about what happens after we die. So if I die tomorrow and the entirety of civilization were to turn to ash and blow away into space, I don’t think I’d care. I care right now because I’m still alive and I care about people who are also still alive, but if I don’t wake up tomorrow, I don’t think I’ll really care if the world continues, if I have a legacy, if the moon flies from its orbit and shoots Earth into the Sun like a giant billiard ball. I just don’t think that after we die we care or know or know to care. There. That’s that.

I think a lot of what we do is essential for the nourishment and development of our psyches but not so much for actual survival. I do believe art and love and emotion exist to feed the soul/psyche/consciousness, as it were. But when all of the petals are peeled away, what is there really left to life except us, and all things, serving our basic human or animal needs for the duration of our years followed by death? Ok. Maybe I’m more of a fatalist. But one thing I do know is that I am a realist. And the reality is that life ends in death. What happens next? Who knows. I’d want nothing more than to reach enlightenment, but it’s not going to happen. 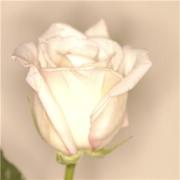 I also think a lot if not all of the disagreeing we do about what happens once we die is trite and stupid and only wastes the time we have to spend living when we should be doing something, like writing (A bit partial? Maybe.) Paint a still life. Run a marathon. Hug your kids. Or whatever. Play Jenga. But why waste time arguing about something that none of us will know until we’re dead and then who cares because we’re dead. And we can’t necessarily say, “I told you so.” So what’s the point then? I don’t want to be splattered across the interstate by an 18-wheeler on my way to work one day and my last thought being that I wasted so much time arguing about what’s about to happen to me when I could have been doing something worthwhile. Of course my last thought would probably be that I spent too much time driving to work and then I’d die and it wouldn’t matter anyway. Right? The point being why argue over the inevitable? Isn’t it better to enjoy life while we’re living, carpe diem and all that?

So if feeling this way makes me a nihilist, then I guess so but not really. Indecisive-ist. Yes.